Ankarana is an island of limestone Tsingy amidst dry deciduous and riverine forest. The limestone massif is penetrated by numerous caves and canyons. Some of the largest caves have collapsed, forming isolated pockets of river-fed forest with their own perfectly protected flora and fauna.


The Tsingy are sharp limestone needle-like formations caused by erosion from acid rain to form otherworldly cathedrals of stone. There really is nothing else like it on Earth. It wasn't until the first major scientific expeditions to this remote and isolated pocket of Tsingy in the late 1980s that revealed how special Ankarana really is. Marvel as crowned lemurs vault between the razor-sharp, sun-baked rock needles with sheer ease. With just under 100 species, birding here is excellent. Parties of white-breasted mesites work mechanically across the forest floor like clockwork toys, giant Madagascar fish eagles nest in the surrounding wetlands and tiny Madagascar kingfishers dart between streams and caves. As the diurnal Sanford's brown lemurs, playful crowned lemurs and curious ring-tailed lemurs head to bed, the forest resounds with the cacophony of nocturnal Ankarana sportive lemurs, found nowhere else but Ankarana. This is one of the best spots in the country to spot pygmy leaf chameleons at night as they climb to the top of 10 cm-high saplings to sleep. If you are lucky you may even spot Madagascar's largest predator, the fossa, and the bizarre hedgehog tenrec.

You will want to visit the Lac Vert (a beautiful crater lake), Andrafiabe Cave and Crocodile Cave, home to the world’s only cave-dwelling crocodiles.

Other points of interest include baobab forest, Ampondrabe river, the abyss where the three rivers of Ankarana disappear and a bat cave. 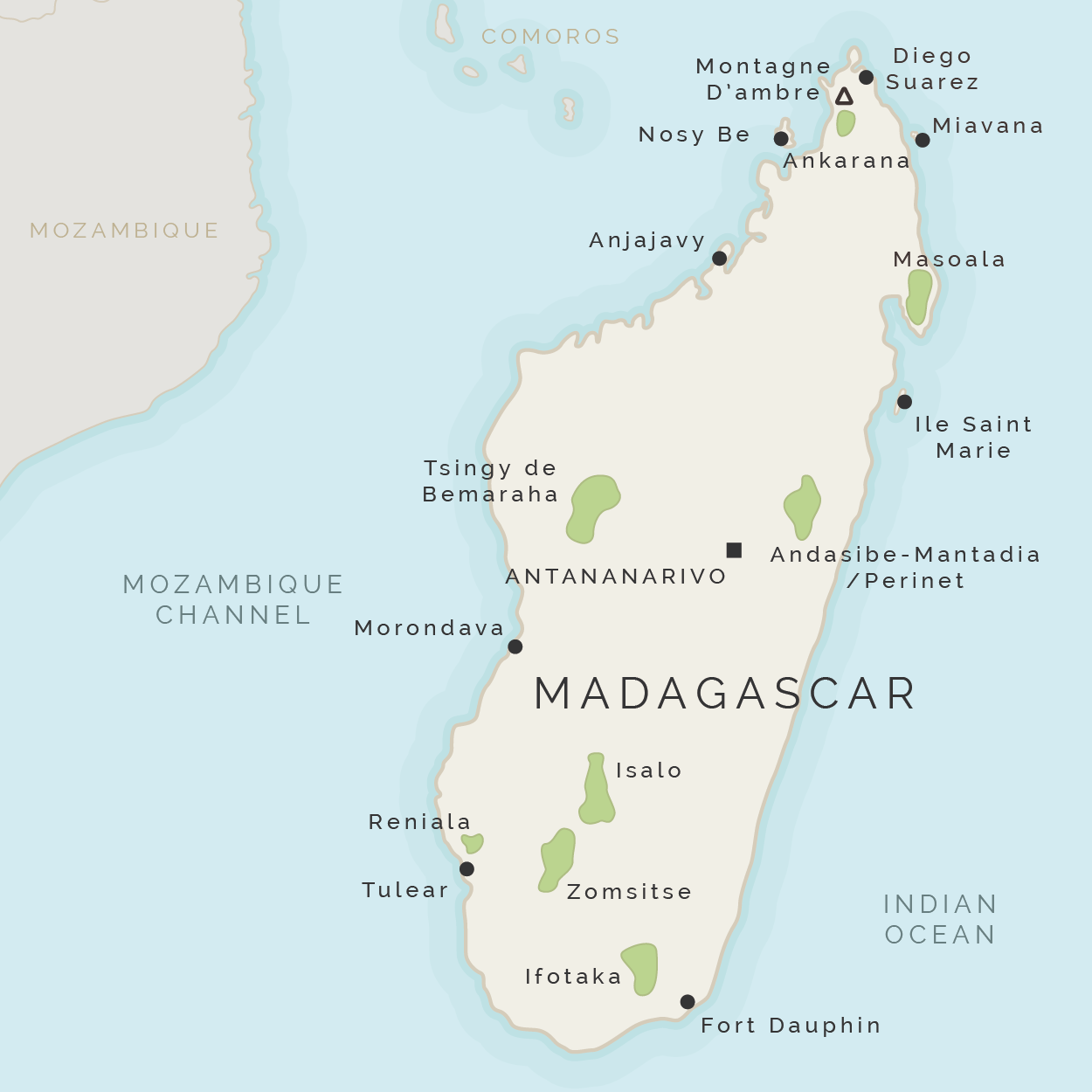