The beaches on the west coast of Mauritius are almost as lovely as those on the east coast, and are justifiably famous for their beauty.  Very hot and dry, the western beaches have great sites for windsurfing, water skiiing, diving and snorkelling.  There are a couple of the excellent hotels in this area.

Port Louis, in the middle of the west coast, is the island's capital and largest city.  The multicultural nature of the island is much in evidence here, especially in the exotic covered market, which sells everything from saris to natural remedies. The busy streets are studded with mosques, Hindu temples, Chinese pagodas and Christian churches and shrines.

Inland, the western aspect of the island extends to wild mountains and what remains of Mauritius’s indigenous forests. In the south west, you can explore the undulating landscape of the Chamarel, where different shades of blue, green, red and yellow sands have come about as a result of erosion of volcanic ash. At the most south westerly point of the island rises the mountain of La Morne, an iconic image of Mauritius and the site of the Dinarobin and Paradis hotels. The Tamarin region in the west is the heart of salt production in Mauritius, as it receives the greatest amount of sunshine on the island.

This western side of the island has resident dolphin pods and most of the dolphin trips on offer will depart from here. This region is very dry and arid, and the hotel gardens reflect the climate. The finest hotels here are some of the newest on the island. 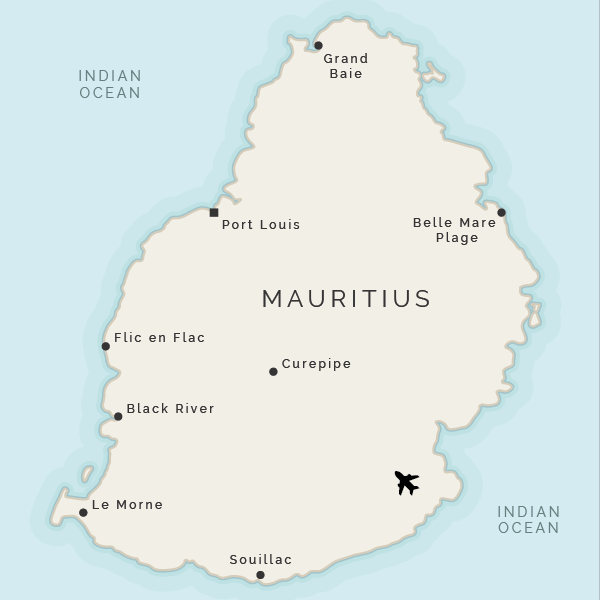