Lions are arguably the most famous animal on the planet. Throughout history the symbol of the lion has been used to connote regal strength and power and today they are one of the most sought-after animals for almost every safari goer.

The only sociable big cat, lion prides are generally made up of a couple of very photogenic males with huge black manes and numerous females who go to the extremes to feed their pride and raise young cubs. The life of a lion is certainly a fascinating one to follow. 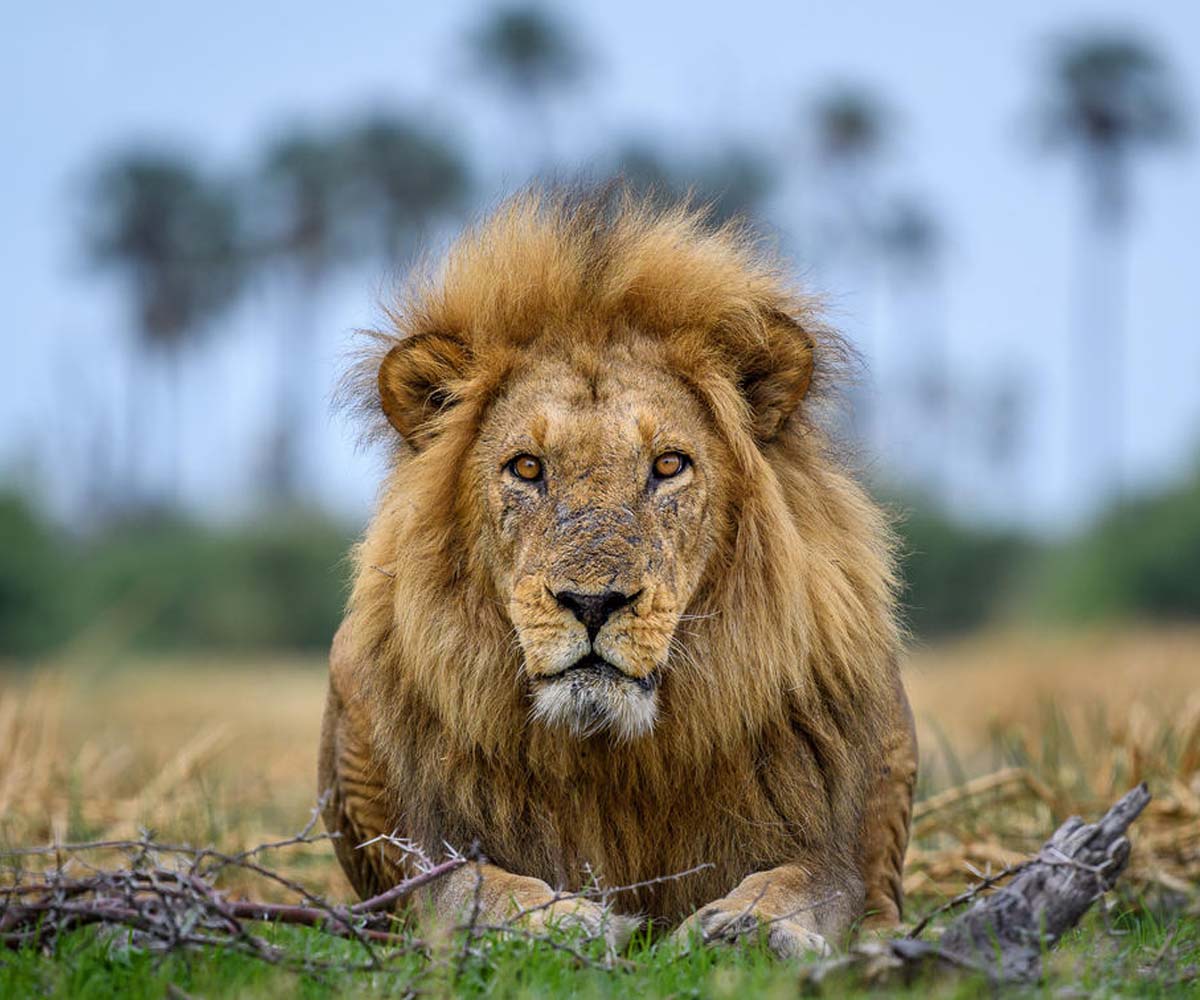 Whilst lion sightings on safari are normally very frequent, their numbers have been declining for years. Over the last century, lion numbers in Africa have decreased by almost 90%, from over 200,000 to around 20,000 today whilst also losing 95% of their historic range. Apart from demonstrating that even the ‘King of the Jungle’ is not immune to population decline, it also illustrates that no lion sighting should ever be taken for granted and below you will find some of the best destinations to find the most exceptional lion sightings.

The Kruger National Park is the most famous wildlife area in South Africa and is also comprised of many private game reserves that make up the Greater Kruger. Forming part of the Greater Kruger is the renowned Sabi Sands which is known for its exceptional big game sightings. Whilst leopards are the stars of the show in the Sands, lions have also made the headlines in recent history. The Mapogo Brothers were the fiercest coalition of male lions the world had ever seen, and their descendants live on today throughout much of the reserve. 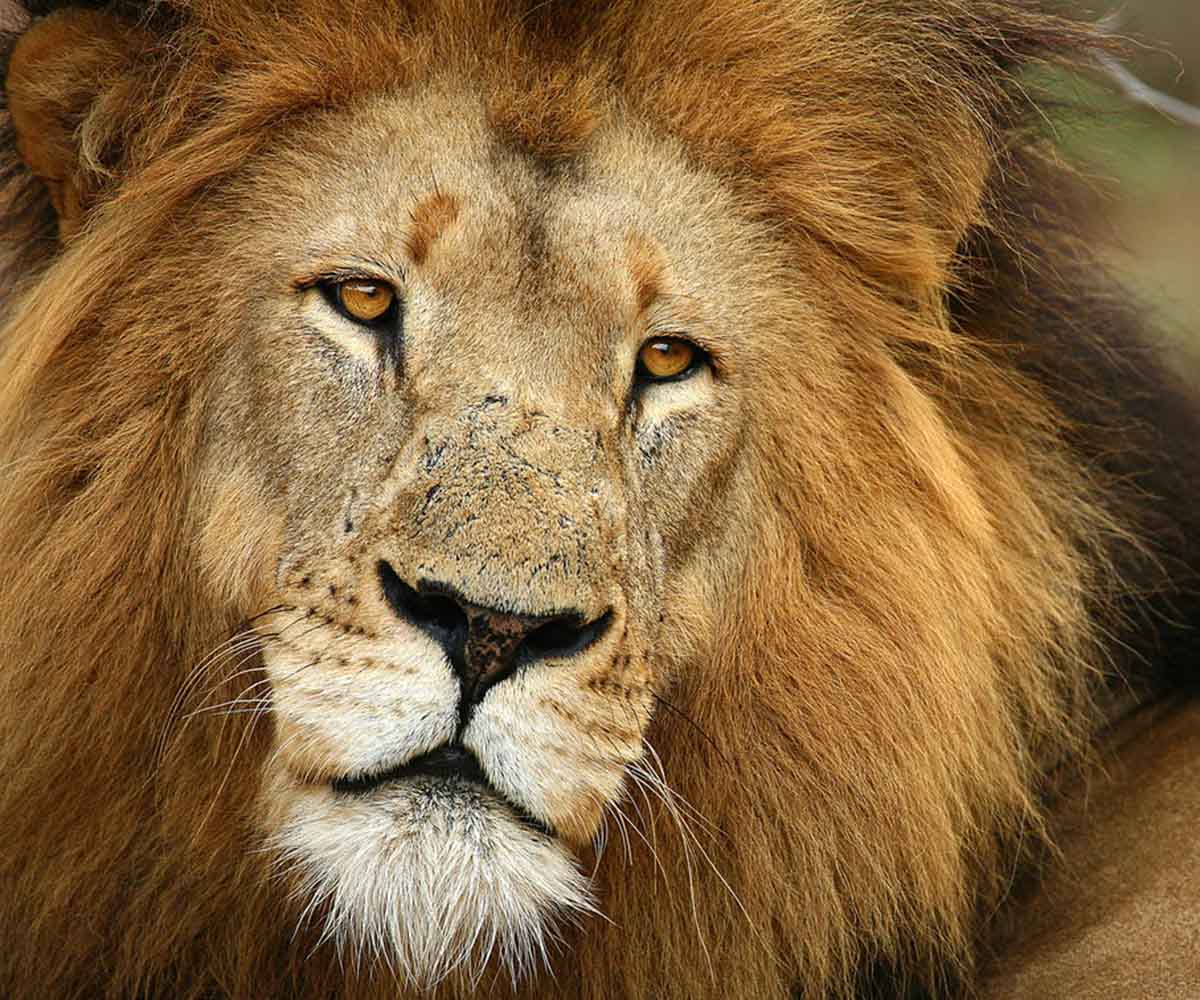 For a truly special lion sighting though, you must travel North of the Sands into an area known as the Timbavati. Open to the surrounding reserves and Kruger National Park, Ngala Private Reserve run by &Beyond is part of the Timbavati and offers the best chances of catching a glimpse of the famous white lions. Their luxury Tented Camp in the South of the reserve offers beautiful uninterrupted views across the dry Timbavati River but is also ideally situated in the heart of the pride’s territory. 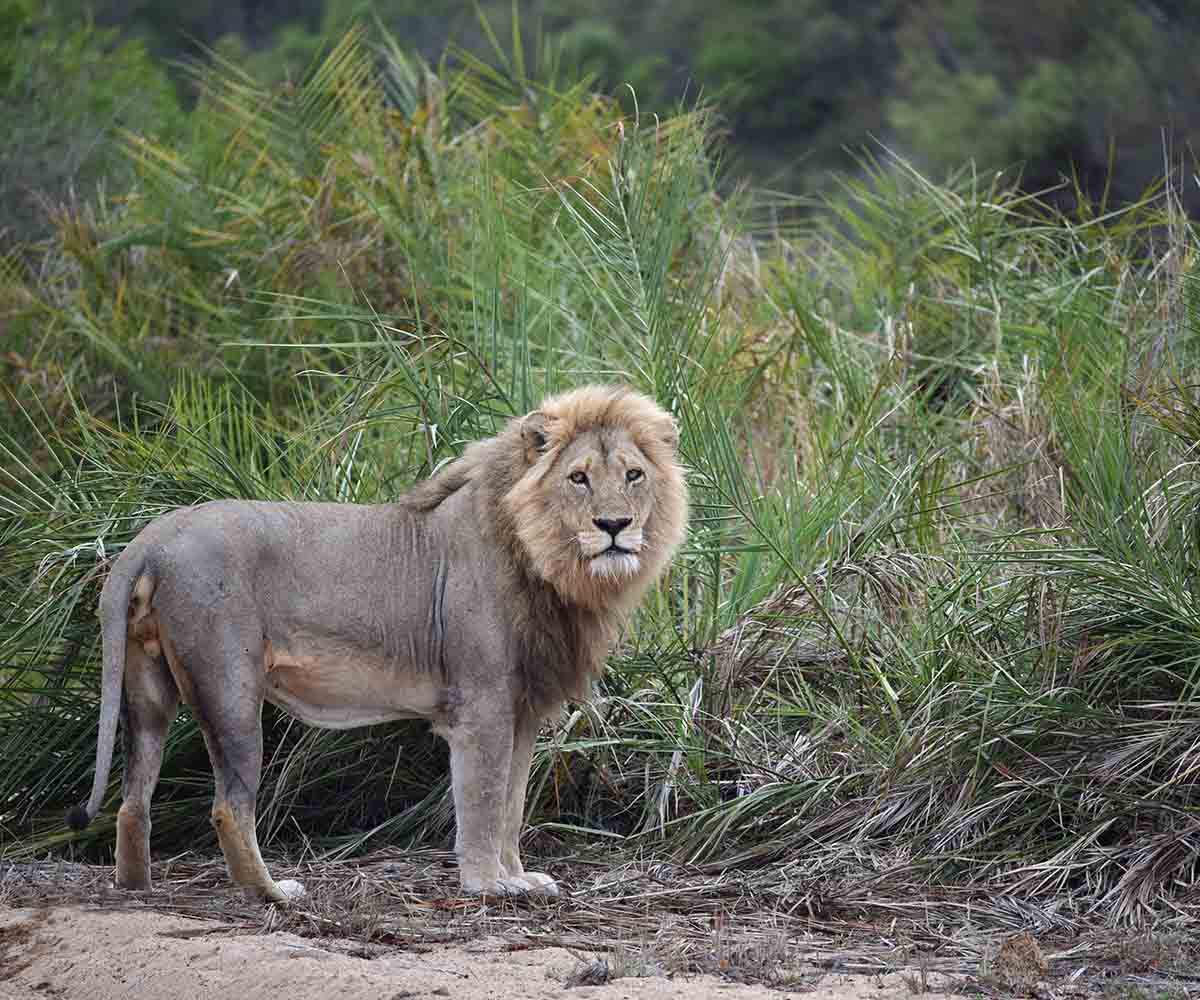 This male lion in the Timbavati is known for his recessive white gene and has sired a number fo white cubs. © Sam Hankss

Currently there are two white cubs with the pride, and they are thriving. The white colouration is caused by a very rare recessive gene which results in the lions having a crème-coloured coat instead of the darker sandy colour that is typical of lions. The Timbavati is legendary for lions with these genes and its name derives from these exceptional felines. To witness such beautiful creatures is truly a sight to behold and although sightings are not guaranteed, the Timbavati is an extraordinary destination nonetheless.

The Okavango Delta is rightly Botswana’s biggest safari attraction. With the annual flooding that occurs, wildlife sightings in this unique landscape are extraordinary to say the least. With a variety of activities from walking and vehicle safaris to mokoros and motor boating, a visit to the Delta is quite exceptional. 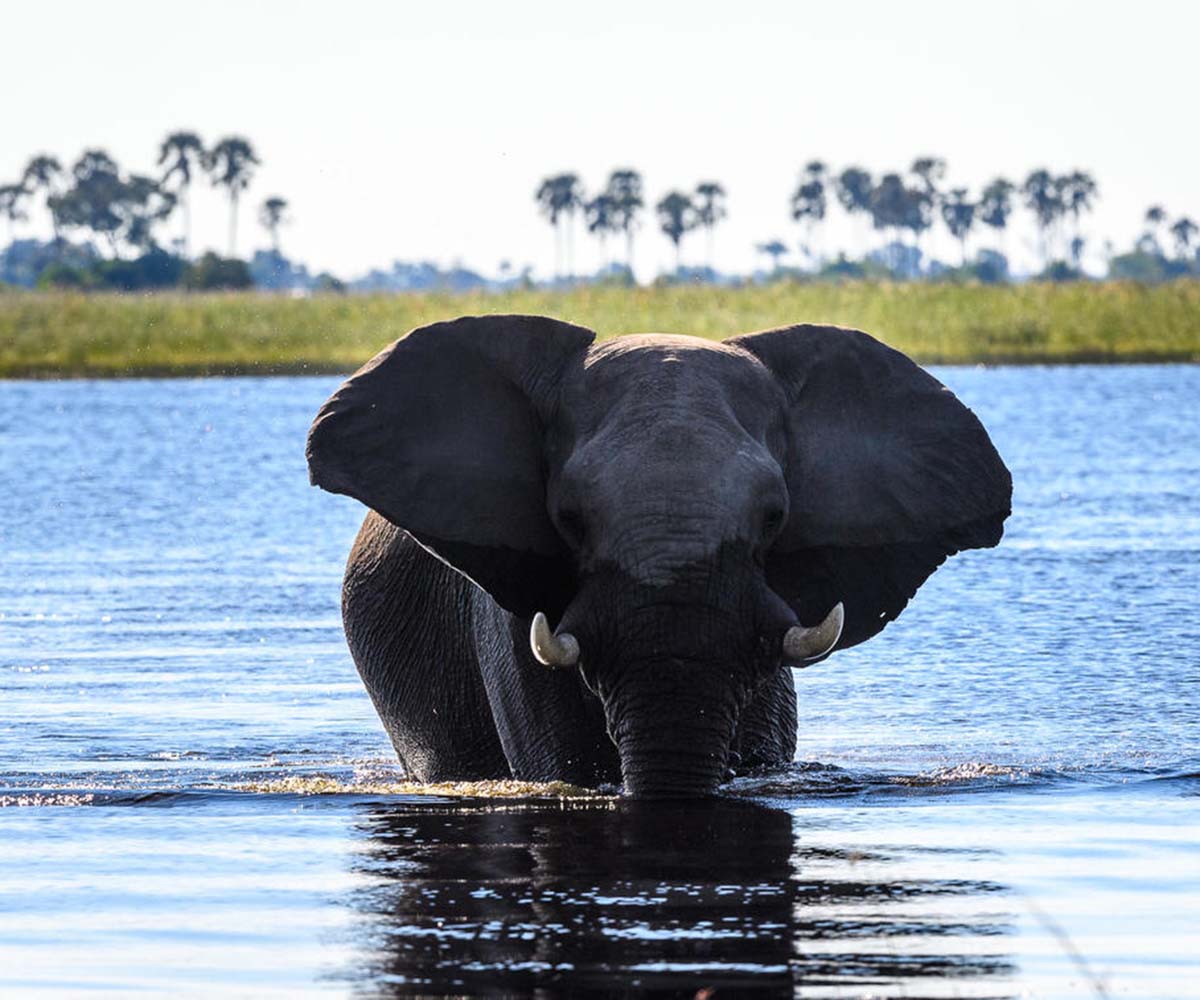 It isn’t just lions that are the attraction of the Okavango Delta. © Duma Tau

Whilst lion sightings in the Delta are always fascinating due to the cats’ differing reaction to water, an area called Savuti that is nestled in between the Delta and Chobe National Park is famous for its lions. As the dry season grips this area, water sources become scarce and the lions take full advantage of this. Although lions have been known to hunt buffalo in numerous destinations across Africa, the lions of Savuti have become legendary for their killing of elephants.  Specialising in hunting during the day when conditions are favourable, the lions here have become expert hunters of the megaherbivores and to witness one of these battles is something that would never be forgotten. 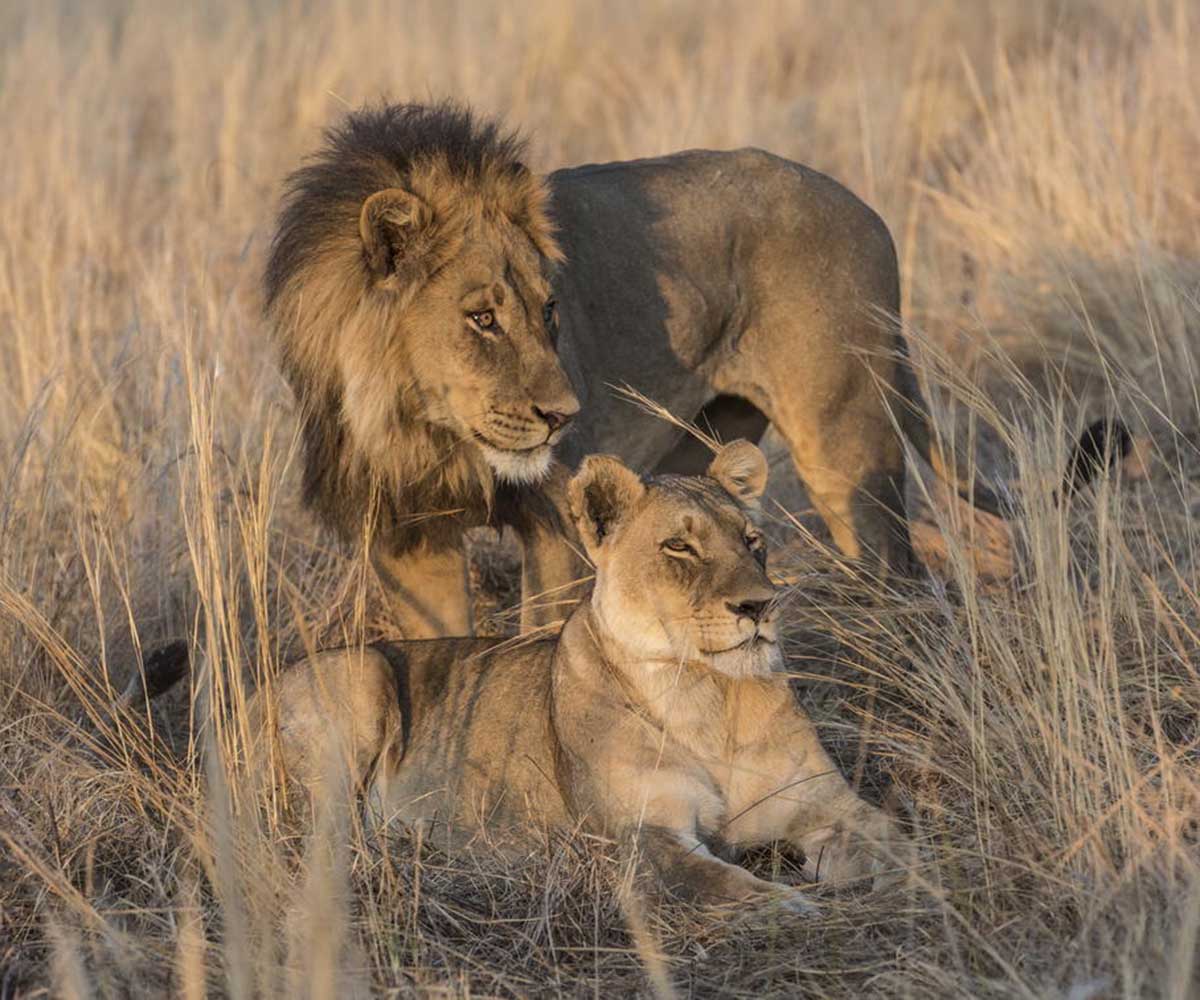 For visiting the Savuti area, Duma Tau (translating to Lion Paw) and Savuti Camp are our recommendations of camp. These camps not only maintain the highest standard of service and hospitality, but they also give you the chance to observe some of these epic encounters.

Phantoms of the Desert – Namibia 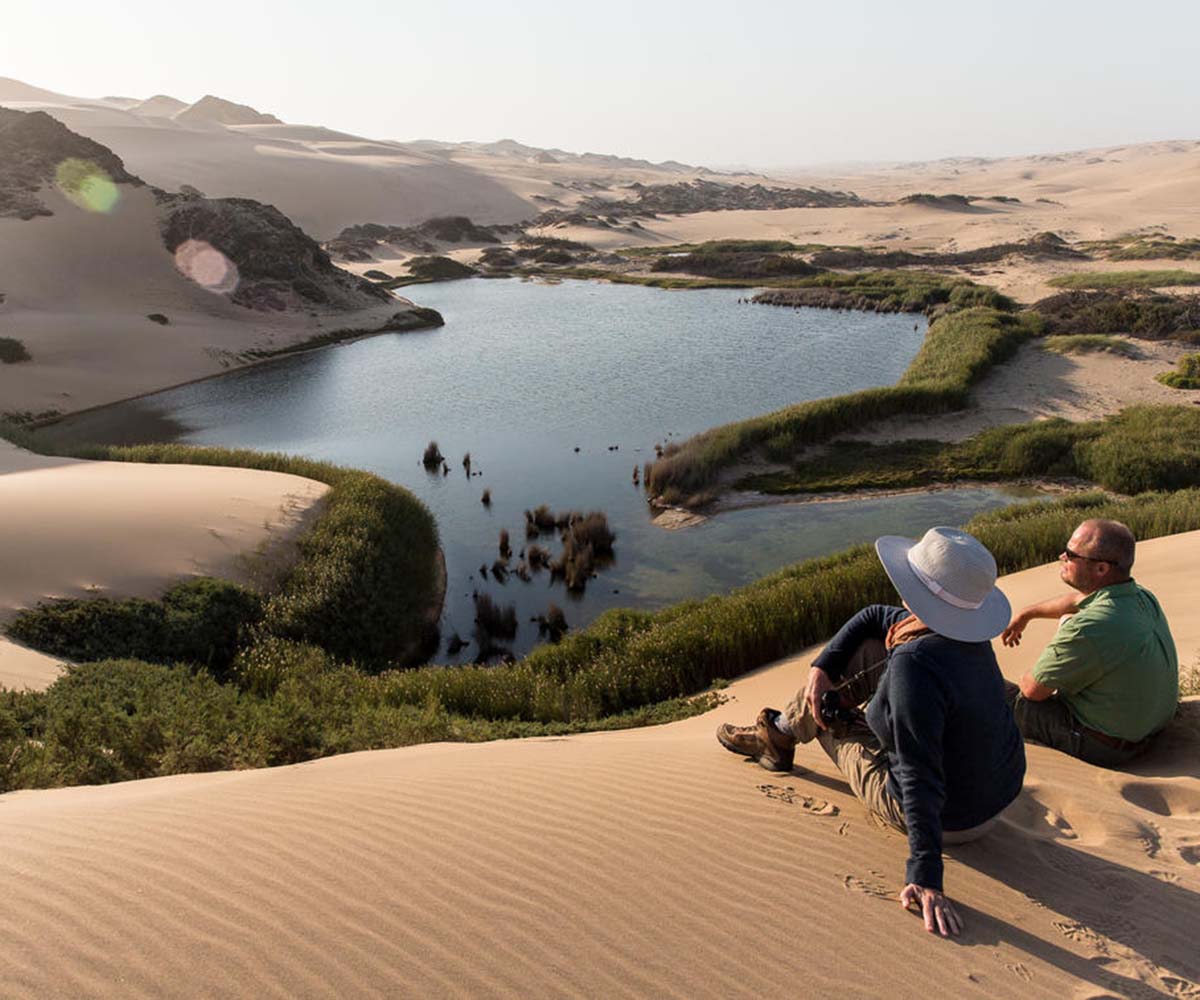 The Hoanib is an exceptional place to visit. ©Hoanib Skeleton Coast Camp

These incredible felines not only live in one of the world’s harshest landscapes, they have also contended with local tribes. For years conservationists of the Desert Lion Trust have monitored the movements of the desert lions and although it has been a rocky road, there is a small population who have adapted to an extremely varied diet. From hunting big game such as desert giraffes to the Cape Seals found on the coastline, these lions are unique. 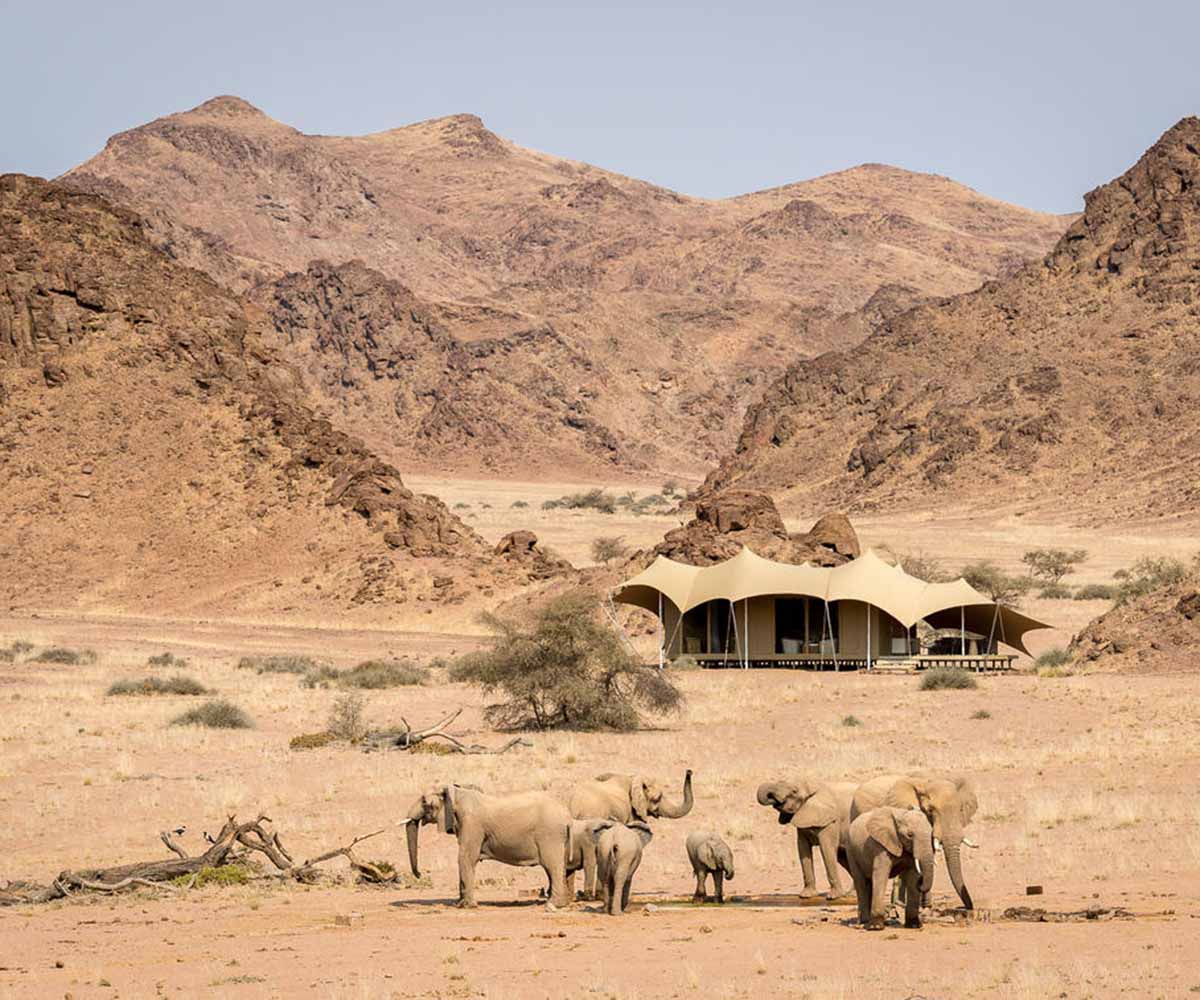 Whilst spotting lions along the Skeleton Coast is certainly no guarantee, Wilderness’ Hoanib Skeleton Coast Camp allows you to explore the area for these majestic cats, enjoy a luxurious camp in a beautiful setting and get the chance to talk to the researchers, it is somewhere that must be added to any bucket list.