What Happened to the Northern White Rhino?

Ol Pejeta Conservancy in the Laikipia region of Kenya is overlooked by many due to the headlines that the Masai Mara grabs. However this pocket of Kenyan wilderness is the only place on Earth where you can see the last remaining Northern white rhinos. There are a handful of bush camp options including Asilia’s Ol Pejeta Bushcamp and Kicheche’s Laikipia which offer a wonderful all round safari experience. Most notably though is that you can be certain your stay will contribute to the efforts of saving this beautiful species. 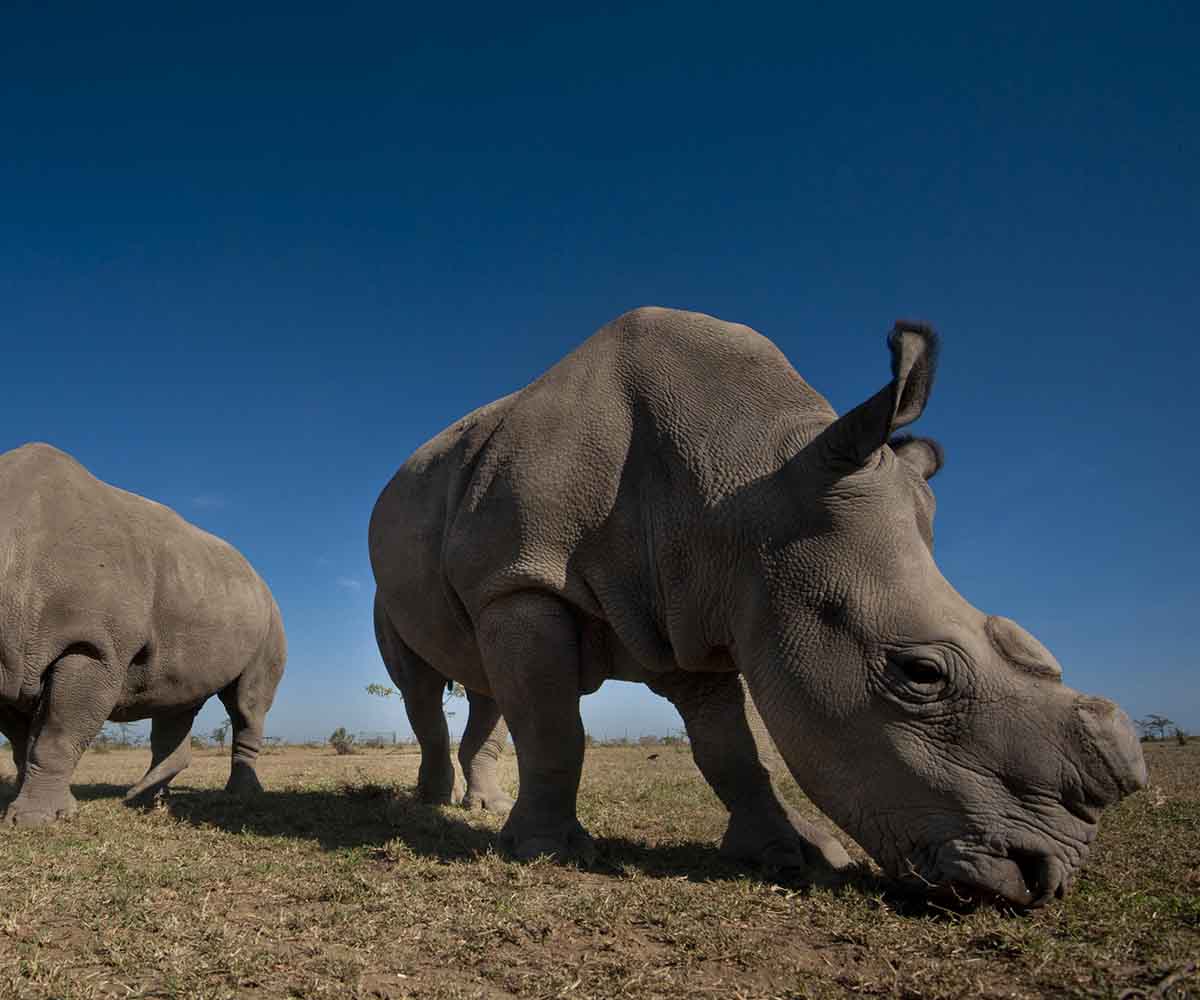 Courtesy of the Ol Pejeta Conservancy we explore the history of the Northern white rhino: