East Africa’s dry season, from the end of June to the end of October has always classically been viewed as the best time to travel. The idea here is that as the parks dry out, the bushes thin out and the animals congregate around water holes, making the wildlife more condensed and easier to spot. However, in many cases we at Africa Odyssey would recommend travelling outside this season for a few reasons…

You will save money

Safaris are notoriously expensive holidays! Although they are not going to be cheap even if you travel in low season, travelling in shoulder seasons really does cut the cost. Most camps throughout East Africa operate on a peak season prices form July – August and these can seriously be slashed when travelling outside this time… Apart from over the Christmas period where peak season prices also apply (because who wouldn’t want to be in the middle of the African bush on Christmas day!), if you look at travelling in sometimes October, November or January, February and March, you can get some excellent deals and not have to compromise on truly exceptional wildlife viewing. In southern Tanzania we have some marvellous offers from some of our favourite camps in East Africa giving free nights in these shoulder seasons, slashing the price of your safari in half…

You will not necessarily compromise on wildlife viewing

Okay, so the dry season is technically the best time to view wildlife in East Africa. However, safaris are notoriously unpredictable anyway! Many a time you can go on safari expecting the world and not seeing much, and other times you can go out expecting to simply enjoy being in the African bush and see everything from the rarest bird to the most dramatic predator action. East Africa also has the benefit of the spectacular Great Wildebeest Migration in the Serengeti, and if you were to travel in December – March you have the chance of witnessing the calving season which is really special to see… All around East Africa you have a better chance of seeing lots of baby animals in all shapes and sizes, not to mention the bird life, which just after the short rains in November and the long rains from March – June is truly incredible. 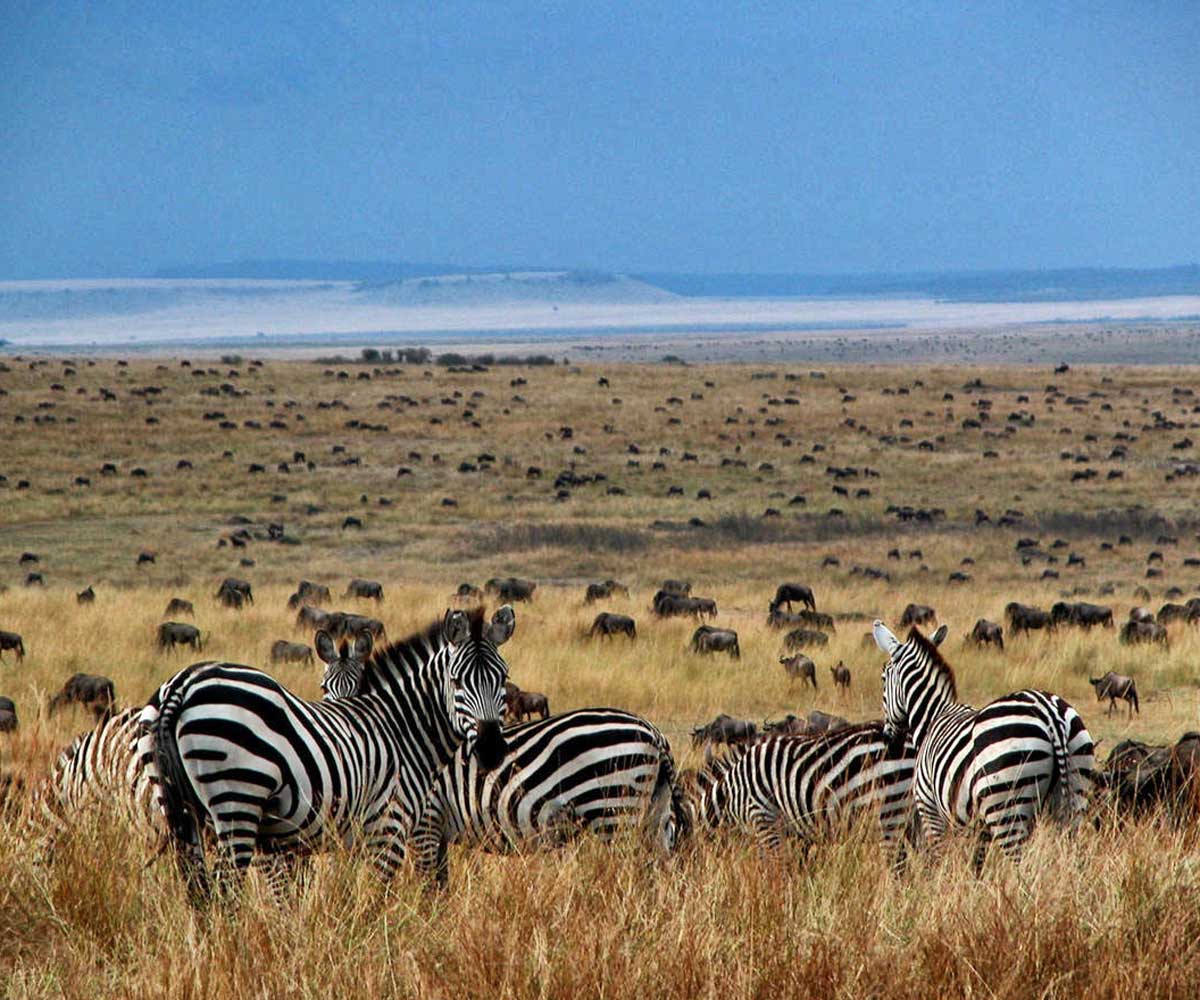 When many think of an East  African safari they often think of the classic barren sweeping acacia dotted plains, which would be an accurate depiction in the depths of dry season. Grasses are low and wildlife action is typically more dramatic. However, the green season is one of the most magical times to be in the bush – the leafy paradises which in dry season are stark infertile lands are beautiful and bursting with life. For photographers, there is no better time to be in East Africa as the skies erupt in bold colours through the formidable clouds at sunset, and the mornings are alive with small rustlings in the bushes, creating a truly atmospheric soundscape. 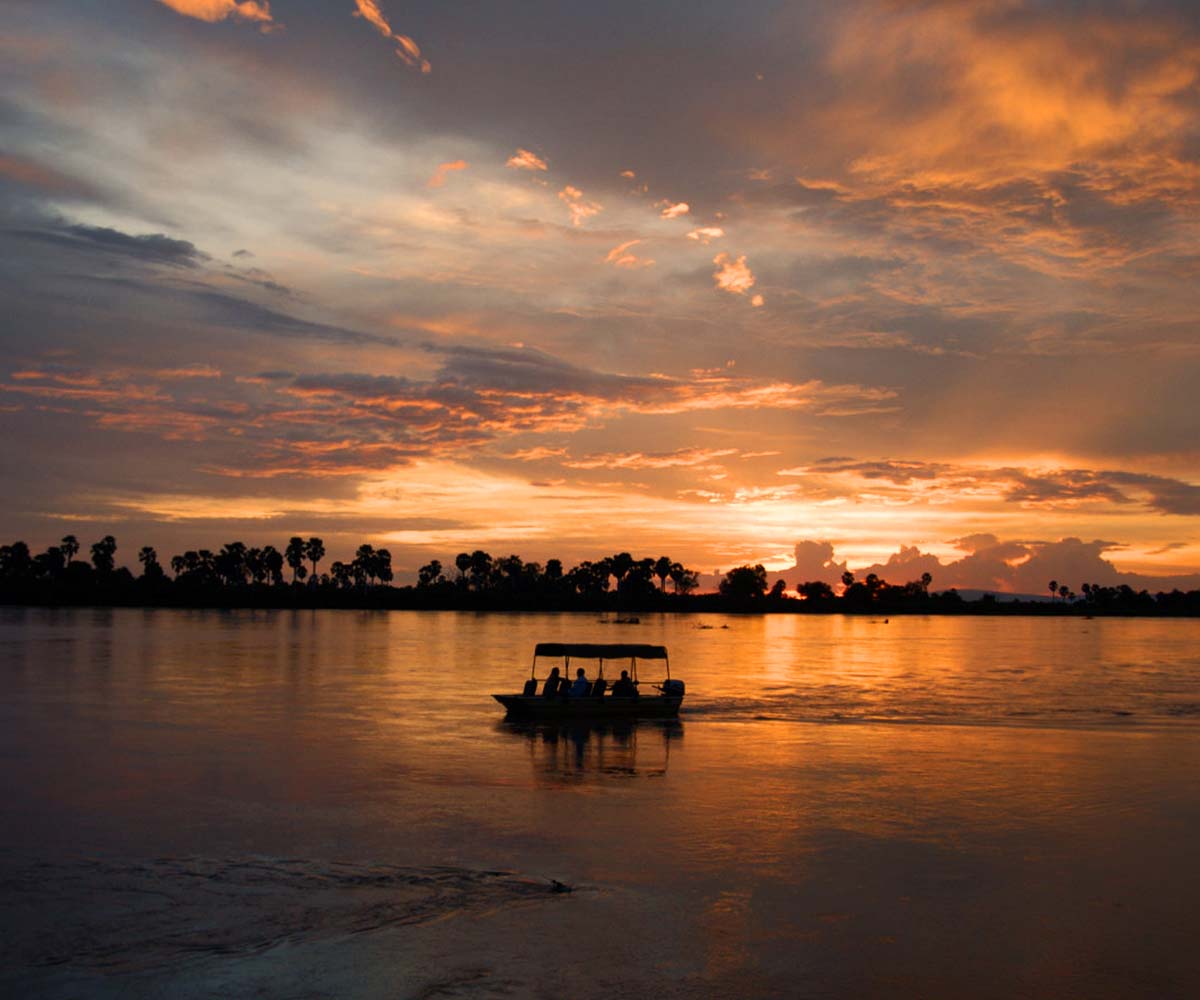 As with anywhere in the world, peak season to visit a country brings the tourists! If you aren’t concerned about slashing prices, but are looking to avoid the crowds, travel in October… This way you avoid the school holidays but also get to witness the very dramatic end of dry season in east Africa. If you are serious safari purists and have already ticked your animals off your list, then travel in green season! There is no safari wilder or more off the beaten track than East Africa in green season. Chances are (depending where you are!), you may not see another vehicle all day which is seriously spoiling. The chances are, if you are interested in safari, you probably want to be away from it all and immerse yourself into the wild – there is nowhere so magical and off the beaten track than East Africa in green season. The more into rainy season you go, the less people. Going the depths of rainy season may mean you could get stuck in the mud once or twice, but we think that’s all part of the safari adventure.

But I live in the UK and don’t want to go on holiday only for it to rain!

Travel far enough away from the rainy months to give yourself the best weather, but just out of peak season to avoid high prices and busy areas! This is called ‘shoulder season’ and in many people opinion is the best time to travel, and in most parks is the end of June or October. The end of June means the bushes are dense and the parks are seriously beautiful – going at the end of June means you get the beginning of the dry season’s excellent wildlife and then if you are looking to hop over to the beach (on the 1st of July) the chances are you will get excellent sunny days. October offers really phenomenal wildlife in the bitter end of dry season but lies just outside peak season, giving you various free night offer and great deals (especially in southern Tanzania!). Try to begin your safari at the very start of the month, to just miss the high prices but to minimise the chance of rain. Whether you choose June or October probably depends on your unique expectations of your trip.

We hope this helps! If you are unsure about when to go and you have a few windows you are juggling, the best thing to do would be to give us a call and chat to one of our experts… We all have different favourite times of year to visit East Africa, but talking through your priorities paired with our experience and in depth knowledge of the best deals will help whittle down your options.