The much-anticipated new Disney Lion King film premieres this week, and we at Africa Odyssey are certainly excited to see it. Cutting edge graphics, amazing visuals but the exact same tale everyone fell in love with back in 1994 – we are hoping it still encapsulates the nostalgic romance of the African bush that the original did so well.

It is hard to consider the wild world of the African bush, and not appreciate the complexity of the animal kingdom which keeps it ticking over year after year, and century after century. From the dung beetles who are responsible for cleaning the animal highways of the Serengeti Plains, to the big cats who clean up everything else – the African bush really does embody the natural world of Elton John’s “circle of life” in its most breath-taking form. Sunsets never get so red, scenery is never so dramatic, and life doesn’t get much simpler yet more astonishing then when out on safari in the African wilderness.

So if the film inspires you to go on an African adventure yourself, then here are the best places to see the characters from the film in the wild. Safari buffs will know that The Lion King is based in East Africa – this is known because of the Swahili words peppered throughout the film, such as Simba which means “lion” – Kenya and Tanzania are the countries which commonly speak Swahili.

Also though, although not actually based on a particular area, we are pretty 100% sure that the scenery is inspired by real landscapes you can find in The northern Serengeti and The Masai Mara. Sweeping endless plains, and towering dramatic Kjopes are typical of these areas…

What makes us 120% sure The Lion King is based on the Serengeti and the Masai Mara is that Mufasa’s dramatic death into the herds of stampeding wildebeest is actually The Great Wildebeest Migration which can only be found in these specific areas of East Africa.

For a full explanation of how to see this spectacle and then the best time to go is, see our Great Migration page  or call an expert for more information. The Great Migration gives scenes such as this:

Taken by Marc in October 2018 from the Kogadente (Serengeti) side of the Mara River. You can see why Scar uses this as a ruse for his murder of Mufasa…

Now onto the stars of the show. Let us give you a little run down of the best places to find our favourite characters of the Lion King in real life.

Where to find a real-life Simba (lions) in Africa

Simba’s name translates directly into lion in Swahili. The best place in Africa to find lion without the crowds is in the wild and unruly Ruaha National Park in southern Tanzania. It is gloriously off the beaten track and is home to 10% of the world’s population of lion. Stay at Ikuka for one of the most authentic and special safari experiences left in Africa… 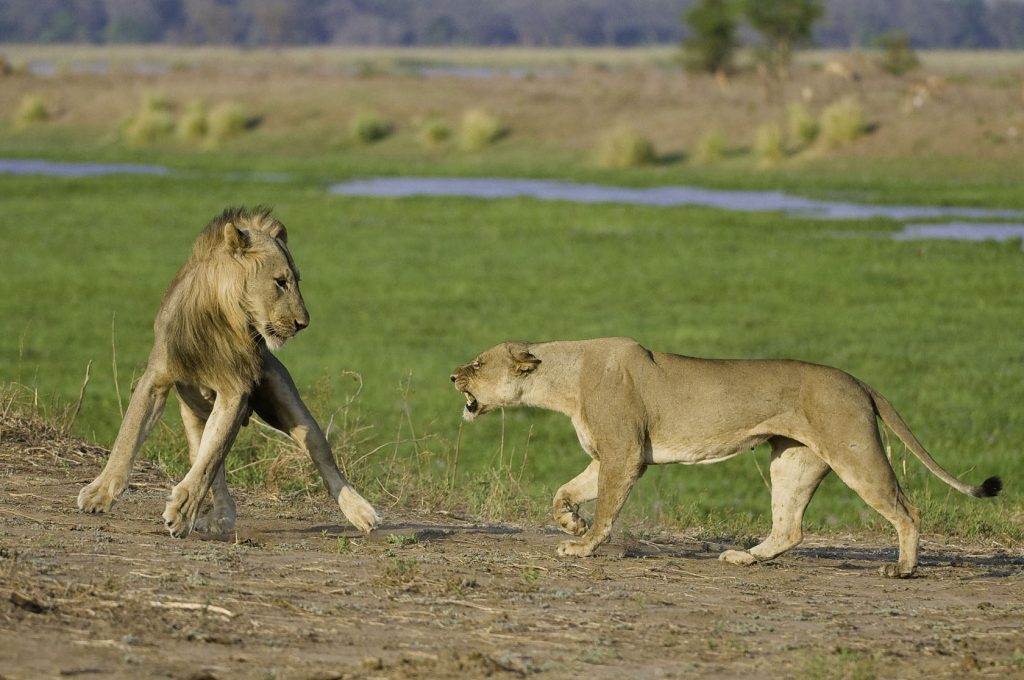 Zazu is actually a red-billed hornbill. We know that because the Lion King is set in east Africa, that Zazu is a Tanzanian red-billed hornbill which is a sub species. Red-billed hornbills can be found pretty much everywhere in safari Africa so if you are lucky enough to venture to the bush, be sure to ask your guide to point one out for you. 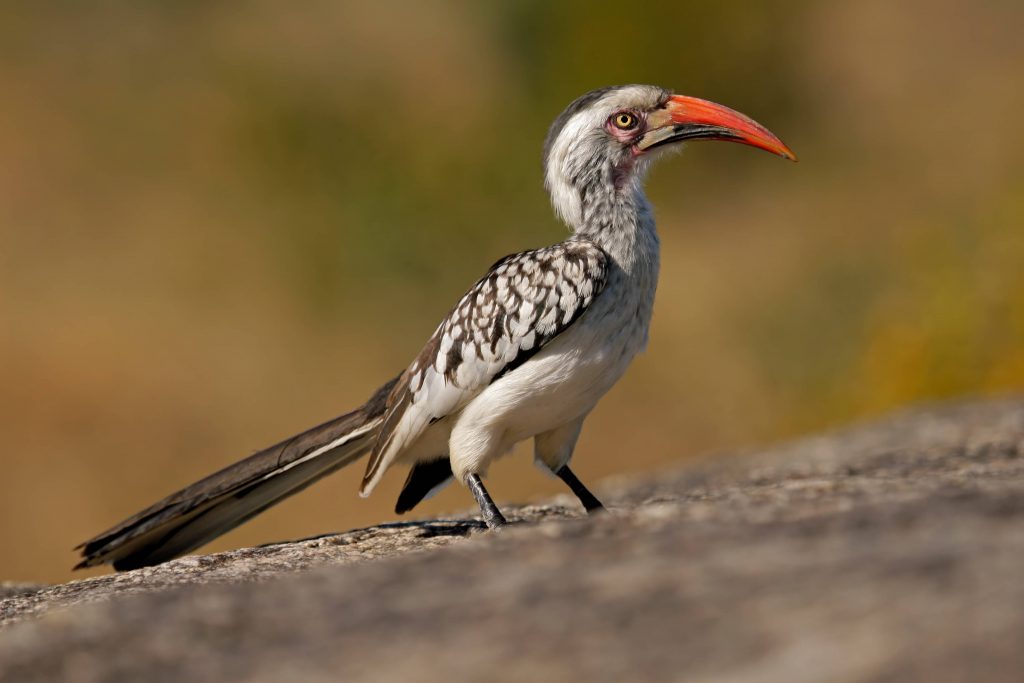 Where to find a real-life Rafiki (mandrills) in Africa

A lot of people think Rafiki is a chimpanzee, but he is actually a Mandrill. His colourful, wise face seems like the perfect match to his mysterious character. You can venture to Gabon to see these extraordinary primates – a pretty adventurous and off the beaten tourist track African destination, but one which must be done in order to spot a rare Mandrill. 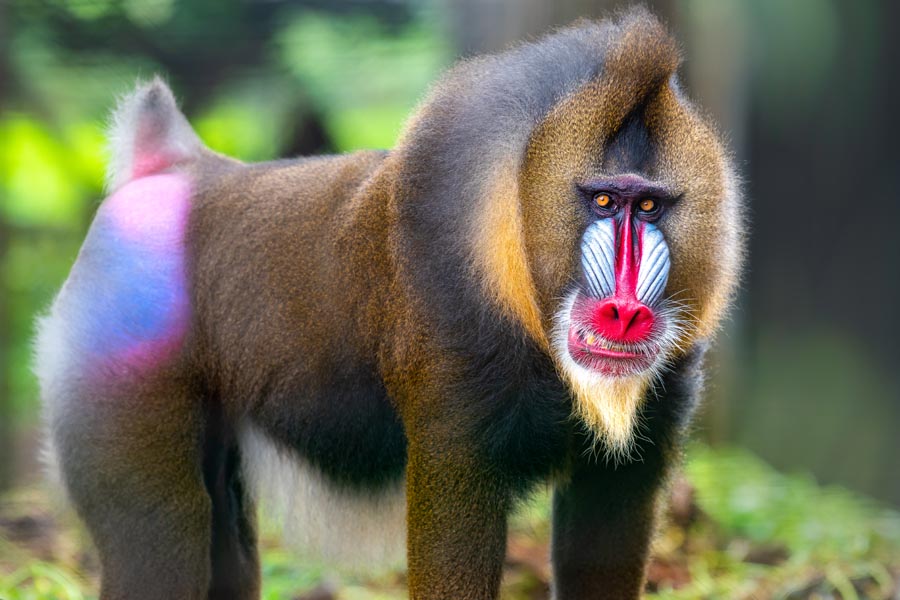 Where to find a real-life Pumba (warthogs) in Africa

A lot of people think that Pumba directly translates to warthog in Swahili, but this is not true. Pumba actually means to be “foolish or silly” so we can see why originally the name was assigned to this particular character. The Lion King is so popular though, that most guides in Africa will actually call warthogs Pumba instead of their real name which is Ngiri – what started off as a nickname from the film has actually now stuck.

You can see warthogs pretty much anywhere in Africa – I personally have seen them the most in Botswana’s Okavango Delta and Tanzania’s Serengeti National Park, but likelihood is that if you venture on an African safari you will see that high tail scuttle as these flighty animals run away from you. Hakuna Matata is Pumba’s mantra, which literally means “no worries” in Swahili – which is actually pretty ironic… As a big food favourite of lions, leopards and cheetah they are in reality pretty easily spooked and very shy… 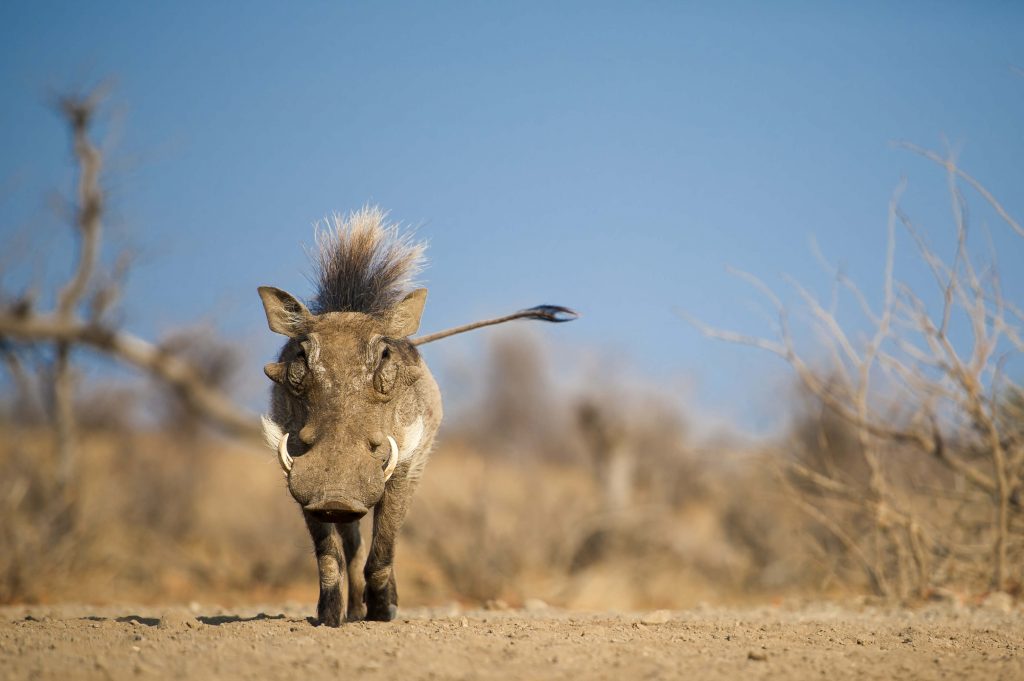 Where to find a real-life Azizi, Shenzi and Kamari (hyenas) in Africa

Hyena’s are always fascinating to catch a glimpse of – highly sociable and real cacklers; they are some of the more interesting African animals. Again, Hyena’s are common across the whole of Africa; brown, striped and spotted Hyenas are the different sub species. The Hyena’s we love to hate in The Lion King are spotted Hyenas and really are spread far and wide over Africa. A good place to find big clans though is in Laikipia in Kenya if you are itching to see the super clans. 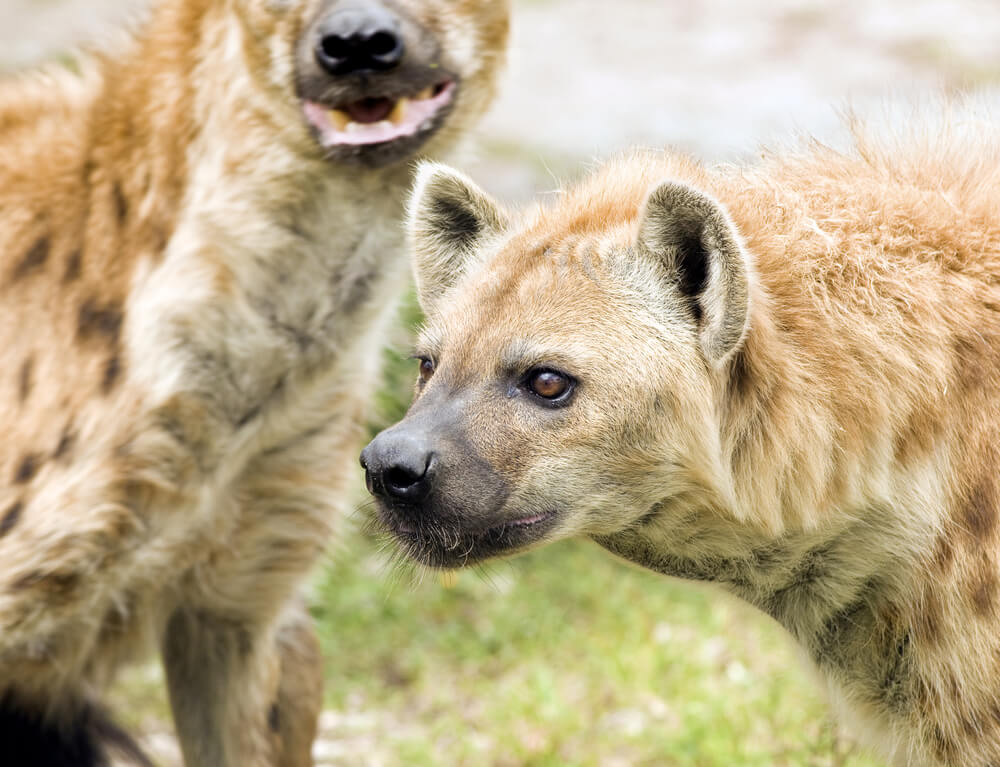 Where to find a real-life Timon (meerkats) in Africa

Timon is a real favourite, and it’s no wonder as he is just as cheeky and chirpy as his real life equivalents. Meerkats are wonderful animals and a real joy to be around. They can be found in Southern Africa’s desert regions, and specifically in the Makgadikgadi Pans in Botswana. Here, as they are somewhat habituated to human contact (not tame, just very relaxed), they really do get up close and personal. Don’t be surprised if you stay at Camp Kalahari in a sleep—out night under the stars and find one curled up beside you in the morning..

We hope this gets you as excited for us for the new film! If you have any questions at all about how to see the stars of the show then please do just call up an expert at Africa Odyssey and have a chat.