Ticking off the ‘Big 5’ is the most prized possession for almost every safari goer. Most people who are asked about what they would love to see on safari often respond with the ‘Big 5’ or at least one of the five.

The reason? Well, the ‘Big 5’ are the most notorious of African animals. Previously they were labelled and grouped together, not because they are the five biggest animals, but because they were the five hardest African animals to hunt on foot. As hunting has taken a step back in most areas across Africa, the tourism boards decided to use the ‘Big 5’ as a lure for tourists into their countries, offering them the chance to view and photograph the most dangerous animals in Africa.

Often we are asked where the best place to see the ‘Big 5’ is, and whilst there isn’t a straight forward or guaranteed answer, there are numerous destinations in Africa that are well known for their success rate of delivering the ‘Big 5’ for guests. The Ngorongoro Crater is world-renowned for the ‘Big 5’ including the very rare black rhino. Boarding the Ngorongoro Conservation Area, The Serengeti is also very well-known for its ‘Big 5’ concentration with the lion density being extremely high in certain areas.  It isn’t just Eastern Africa where you can see the ‘Big 5’, Kruger National Park and Sabi Sands Private Game Reserve offer very different safari experiences, but both boast a great concentration of all of the ‘Big 5’. The Sabi Sands is also legendary in the safari world for its luxury lodges and magnificent leopard sightings. Below we take through each individual of the ‘Big 5’ and where we could take you to see them.

The most elusive and shiest member of the ‘Big 5’. The leopard is an animal that seasoned safari guests are forever in awe of. With the swagger of royalty and a cunning nature that demands respect, the spotted coat of a leopard is not an easy thing to find. The camouflage works so well that it is difficult to locate against almost every backdrop. Finding a leopard is no easy feat, yet the Sabi Sands prides itself as the best place to find these mysterious creatures.  The South Luangwa in Zambia is also well worth a visit for trying to find leopards. It is fast becoming a world-renowned destination for providing leopard sightings that often leave guests mesmerised. 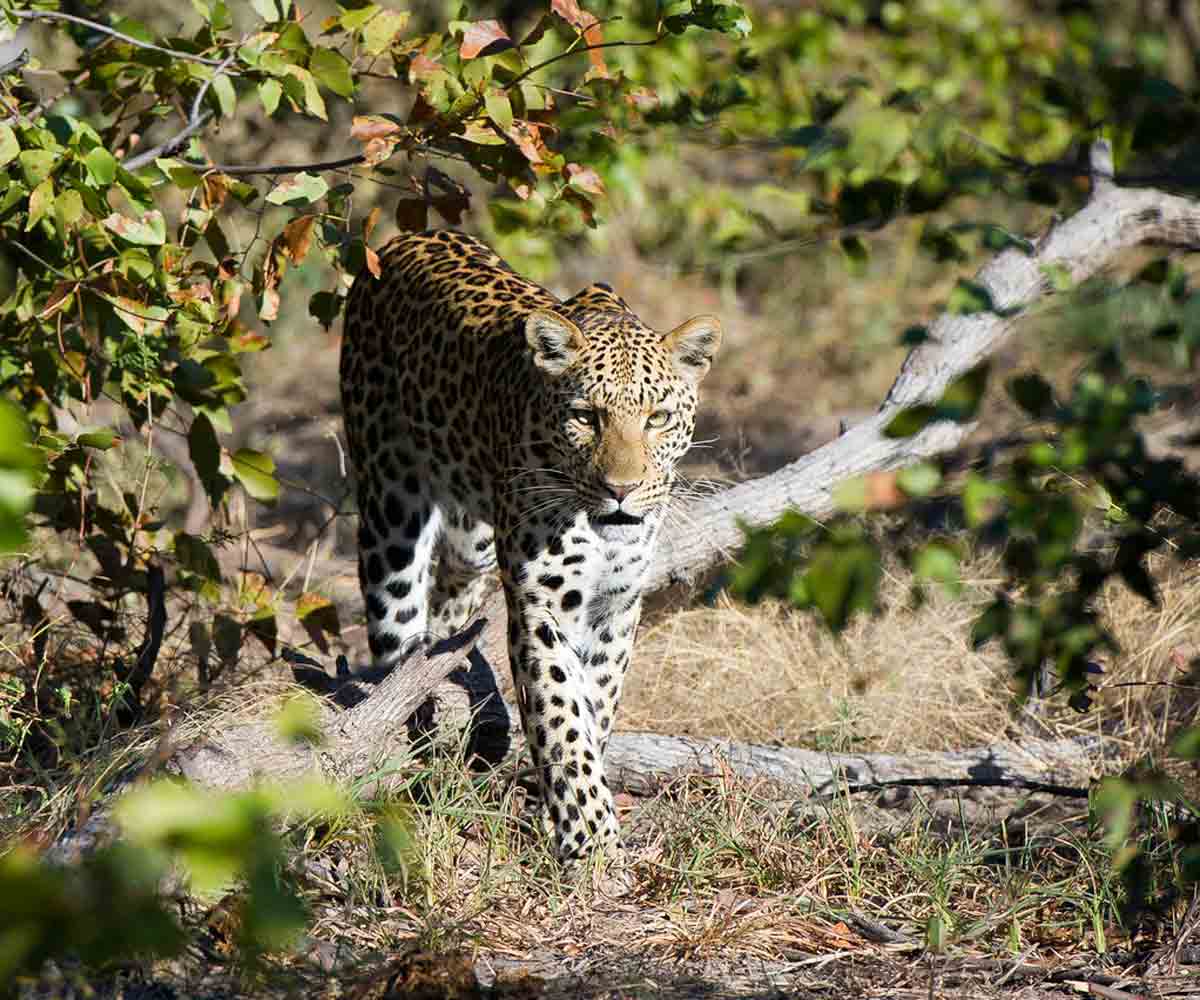 The King of the jungle needs no introduction. Armed with weaponry that includes huge canine teeth, razor sharp claws and a roar that can travel for miles, the lion dominates the plains of Africa. The collaborative attitude of this feline makes them formidable opponents when hunting, often bringing down prey that far outweighs them. Lions are the only sociable cat, living together in prides generally made up of a couple of males and a number of females with cubs. In our experience, it is these cats that are the most sought-after for first time safari guests. Lions can be found in all of our safari destinations ranging from the bone-dry sand dunes of the Skeleton Coast, Namibia to the floodplains of the Okavango Delta in Botswana. Fantastic photo opportunities of these felines often present themselves to our guests during their safaris and their very high density in the Serengeti, Tanzania and the Masai Mara, Kenya results in almost everyone seeing them. Credit must go to the expert guides that conduct the game drives who find them! 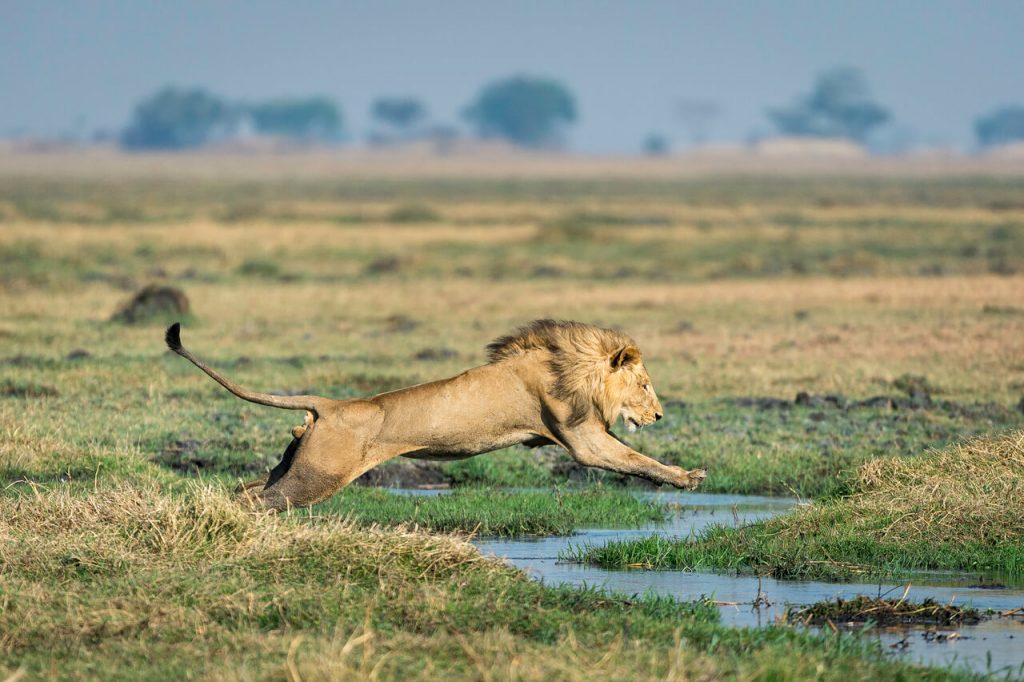 The rhino is fast becoming the most endangered member of the ‘Big 5’. With an increase in poaching for its horn, the number of rhinos across Africa has started to dwindle dramatically. There are two main types of rhino that you could find on your safari with us. The first is the rarer and more aggressive black rhino which can be found in good numbers in the Ngorongoro Crater, Tanzania, the Masai Mara, Kenya and Damaraland, Namibia. Although it is smaller than the white rhino, its fiery personality means that no encounter is ever predictable. On the other hand, the white rhino is the larger of the two species and aptly named due to its ‘wijde’ mouth instead of its colour. It is more placid in nature and feeds upon grass instead of shrubs. The best chance of seeing the white rhino would be to visit Phinda Game Reserve or the Kruger National Park, both of which are located in South Africa. 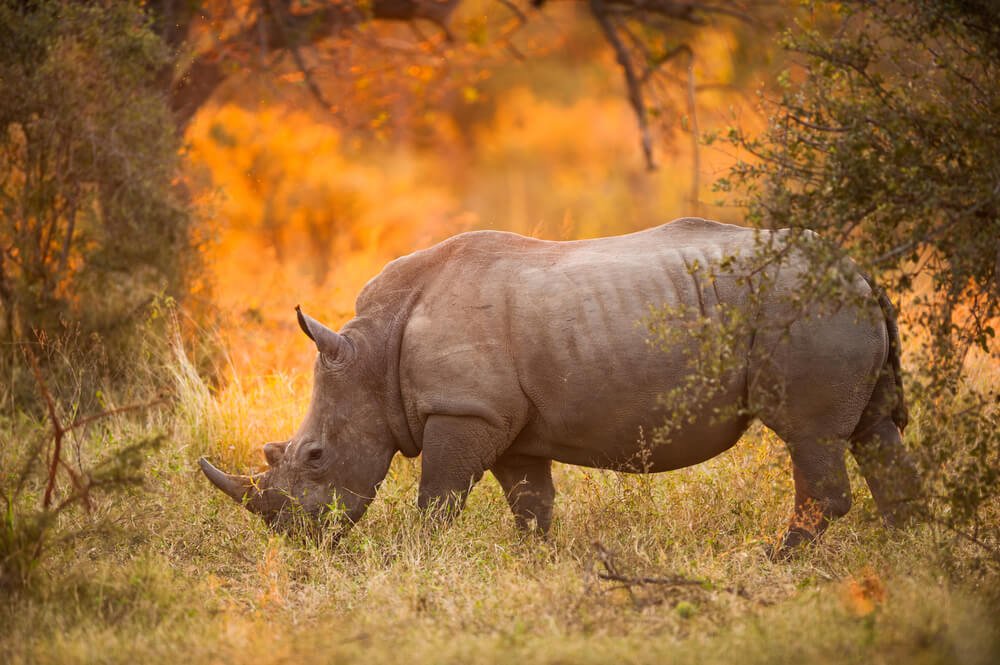 With some individuals weighing seven tonnes, the African elephant is the biggest land mammal on Earth. It’s domineering size and emotional complexity makes this one of the most interesting animals to have encounters with whilst on safari. You will generally find good numbers of elephants in all the reserves we offer safaris in, however if you really want a treat then a visit to Mana Pools, Zimbabwe is a must. The elephants in Mana Pools are unlike any other in Africa. You can bear witness as these gentle giants reach up to the tops of the trees, balancing on their two back feet. Known for its incredible walking safaris, only at Mana Pools can you witness elephants committing such an extraordinary act whilst being out of the vehicle. 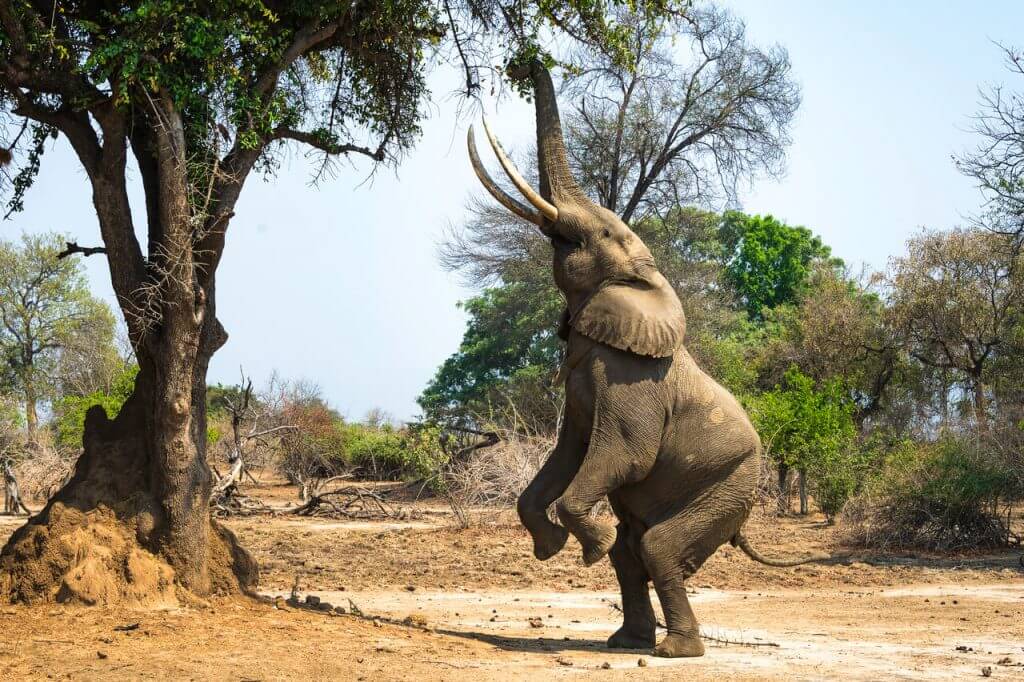 Definitely the grumpiest and the most aggressive member of the ‘Big 5’. The buffalo is normally a gregarious creature with herds being made up of a mixture of males, females and calves. As the males get older they get kicked out and become ‘dugga boys’(a local term meaning mud wallower), and this is where the buffalo’s bad reputation comes from.  These individual male buffalo will lie in the mud for the majority of the day and can charge anything that comes near. Herds of buffalo can reach figures in the high hundreds and places such as the Okavango Delta, Botswana and Ruaha, Tanzania provide great opportunities to witness such a spectacle.

It must be noted though, that going on safari isn’t all about the ‘Big 5’. There are a multitude of other mammals, a plethora of bird and plant life and an unprecedented amount of biodiversity in each eco-system which requires plenty of attention. Although we can’t go into each category and its complexities, we have found that the deeper you look the more you’ll see.  So if this insight has whetted your appetite to see the ‘Big 5’ or to learn more about the fauna and flora of the African wilderness, please do not hesitate to contact us. 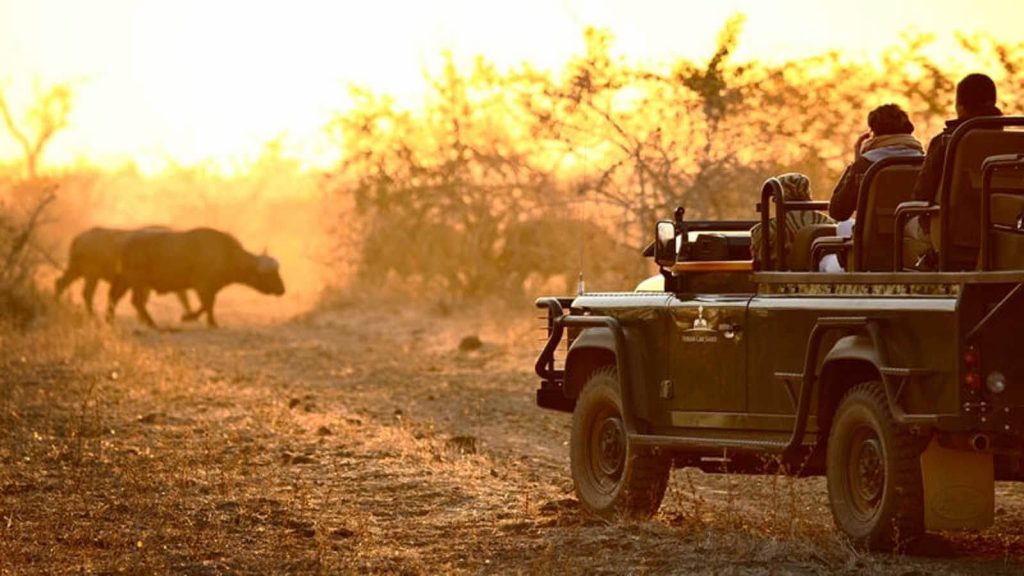