An African safari is incomplete without sighting the continent’s most graceful giant, the giraffe. Meaning ‘one who walks swiftly’, the giraffe is the world’s tallest animal and, unsurprisingly, holds the title of longest neck in the animal kingdom.

To the untrained eye, giraffes in Tanzania look the same as those in South Africa, Zambia or Botswana, and until recently, they were all categorised under one species. However, in 2016, research undertaken by the Giraffe Conservation Fund uncovered four distinct species of giraffe based on differences in genetic makeup.

This discovery stands to make a significant positive impact on conservation efforts, which are desperately needed to move the giraffe from its ‘vulnerable’ ranking on the International Union for Conservation of Nature’s (IUCN) red list of threatened species. Each species of giraffe will have different ecological needs, which is important to know when considering the conservation status and strategy for each species.

No longer one of a kind, the four distinct species of giraffe can be identified by their different geographical locations and hide markings. Here’s how you can spot the different types of giraffes when you’re on safari: 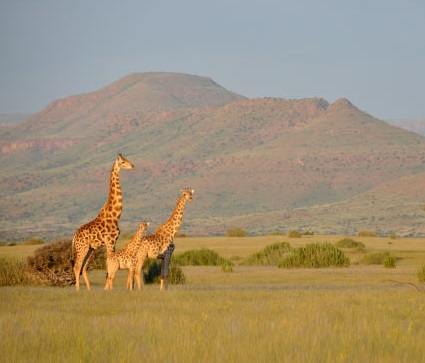 The natural population of the Angolan giraffe is largely found in Namibia and central Botswana, rather than the country of their namesake. Smaller populations can be found in South Africa and Zimbabwe as a result of translocations. An Angolan giraffe can be identified by its pattern of large, uneven and notched spots on a cream-coloured background that extends all the way down its legs.

Also known as the Cape giraffe, the South African giraffe is the most populous and lives across South Africa, Botswana, north-eastern Namibia, south-western Zambia and Zimbabwe. Translocations have occurred in South Africa, Angola, Senegal and Zambia. There is only a slight difference between the South African and Angolan giraffes, which is a more tan-coloured background as compared to the latter’s cream. 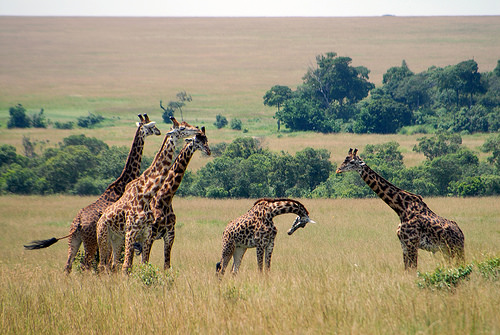 As their name indicates, the Masai giraffe reside across central and southern Kenya and Tanzania, with a small group in the South Luangwa Valley in Zambia. This species is noticeably darker than its counterparts as its blotches are large, dark brown and distinctively vine leaf-shaped with jagged edges, and separated by irregular, creamy brown lines. 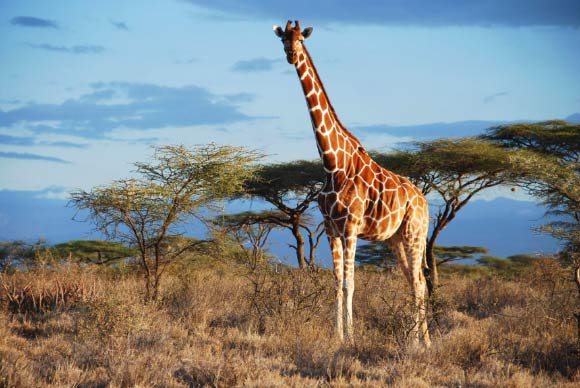 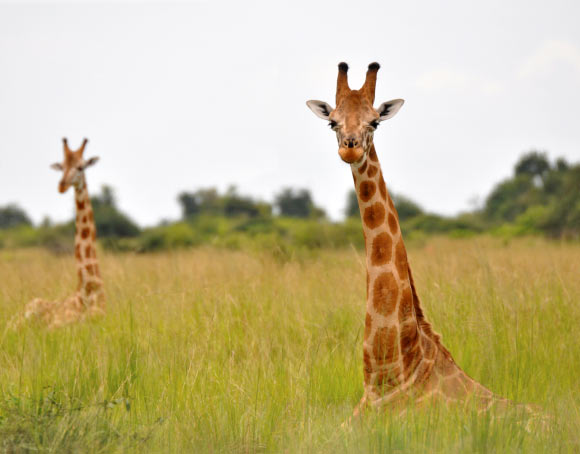 The Kordofan giraffe lives in southern Chad, Central African Republic, northern Cameroon, northern Democratic Republic of Congo and western South Sudan. Its spots are pale, large and rectangular, and is without markings below the hocks.

The Nubian was the first specimen of giraffe recorded, and the previous subspecies known as Rothschild’s giraffe is genetically identical to the Nubian. As the nominate subspecies, Rothschild’s giraffe has been subsumed into the Nubian giraffe. They inhabit South Sudan, western Ethiopia, northern Uganda and west-central Kenya. White legs devoid of patterns are what distinguish the Nubian from other giraffes. Above the ledges, these giraffes have large rectangular blotches set irregularly against a cream background.

The Nigerian or West African giraffe is located from Nigeria to Senegal, with an estimated population of less than 1000 individuals that are formally protected by the Niger government. Similar to the Nubian giraffe, the West African giraffe is without patterns on the lower legs. Overall it is fairly light, with rectangular tan blotches divided by thick, cream-coloured lines.

Do you dream of walking with these giants? We’ll help you choose the right safari package – contact us!