Animals are awesome and Africa is the ultimate hub of wildlife.

So, what do you get when you combine the two? Besides awesome animals in Africa, a plethora of utterly bizarre facts to learn about the wild ones you can encounter on an African safari. 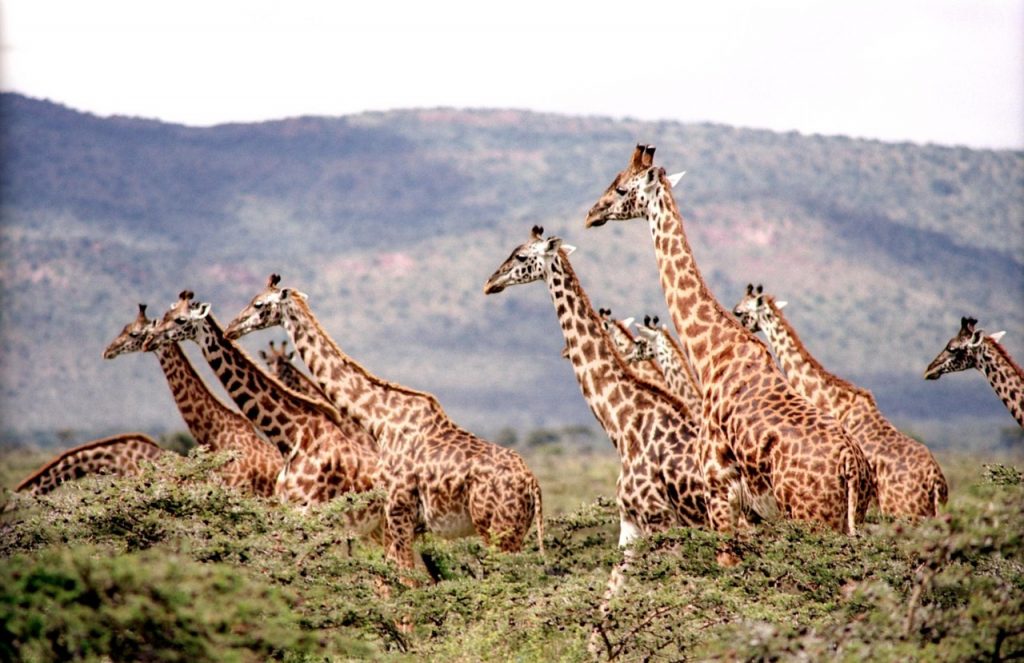 1. Giraffes have a blue tongue. No, you didn’t read this incorrectly. The average length of a giraffe’s tongue is 20 inches, it is blue in colour and has an extremely leathery texture! This design helps the giraffe to pluck leaves off the thorniest bushes without causing themselves harm.

2. The unsung heroes of Africa have to be dung beetles. Why? These little rollers literally live on poop and can roll dung up to 50 times their body weight in a straight line, despite all obstacles! They are the true recyclers of the bush. Scientists have also recently discovered they use the Milky Way as a compass. Both male and female dung beetles have different roles when it comes to what to do with the dung they collect. 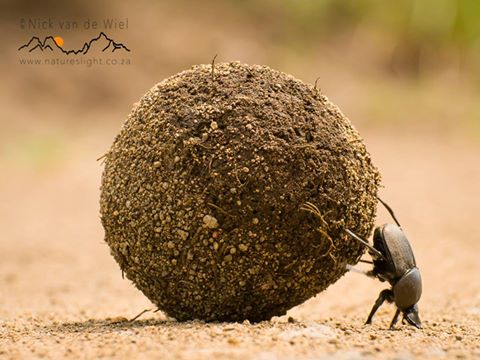 3. We all know a lion’s roar is well, loud, but did you know it can be heard from a distance of 8 kilometres or 5 miles away? “Can you hear me now?” Yes, yes, I can…loud and clear. Roaring helps to establish territories as well as maintain strong bonds between pride members. 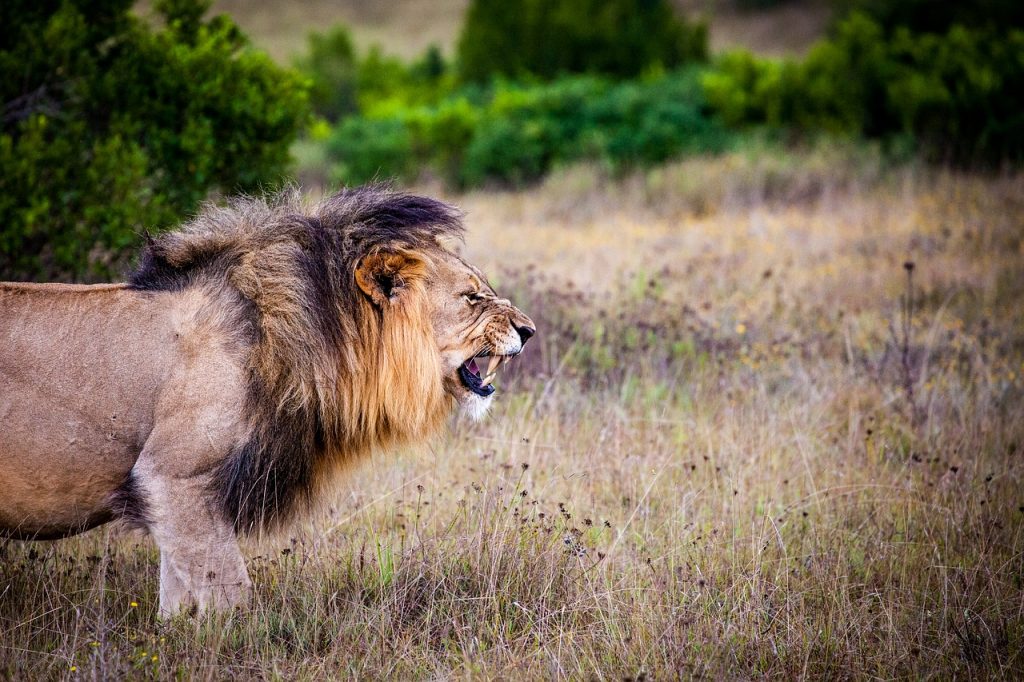 4. Believe it or not, the belief that elephants never forget has more than a bit of truth to it. Elephants have incredible memories. They know every member of their family and are able to recognize up to 30 companions by sight or smell. They’re also one of the few animals to suffer from post traumatic stress disorder, mourn dead members of their herd, and recognize themselves in the mirror. 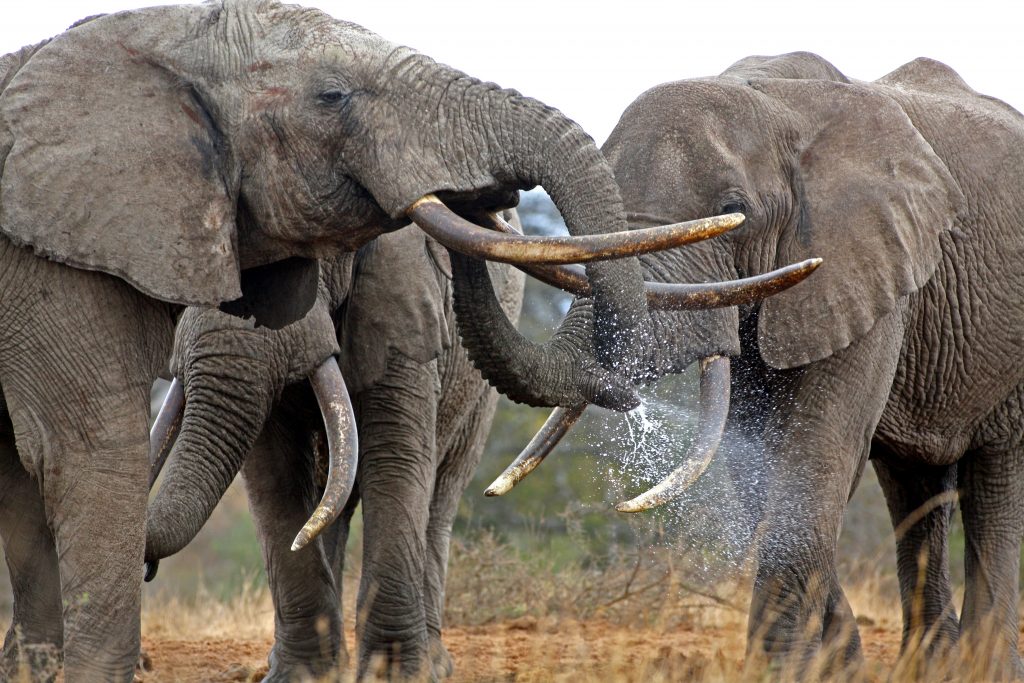 5. Ostriches are the largest and fastest birds on earth. They can sprint over 40 miles an hour (70 kilometres), and if you can imagine, one of their eggs can easily feed a dozen hungry men. Now that’s a big egg!

6. Rhinos have a symbiotic relationship with oxpeckers. The oxpecker eats ticks and insects that it finds on the rhinoceros. The oxpecker gets food and the beast gets a free grooming session. A win-win for all! 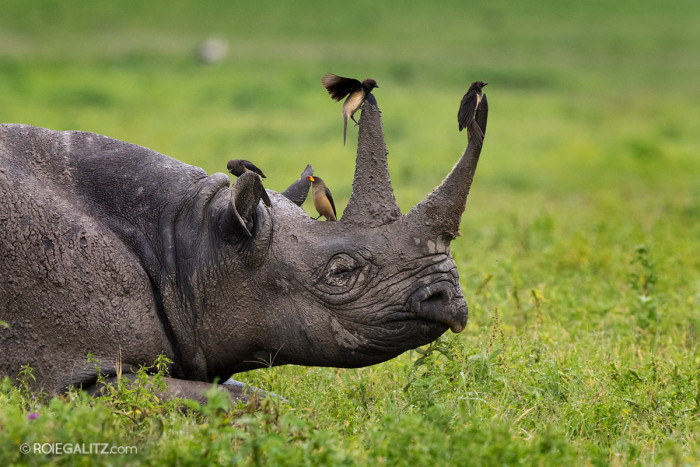 7. Crocodiles are older than dinosaurs. These ancient creatures have been around for over 200 million years, outliving dinosaurs by nearly 60 million years. They are the apex predator in Africa and you won’t find many animals that will mess with them.

8. Hyenas fall into the genetic family Hyenidae. They are categorised all on their own. They are neither cat nor dog. 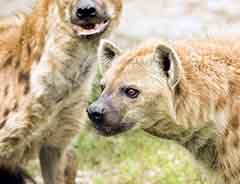 9. Honey badgers have been listed in the Guinness Book of World Records as the most fearless animal on the planet! They are the notorious tanks of the bushveld, known for fearlessly attacking lions and leopards when threatened.

10. There are a host of weird collective nouns to identify groups of African animals in the bush. A crash of rhino, a dazzle of zebra, a coalition of cheetah, a prickle of porcupine, a leap of leopards, and the list goes on and on. 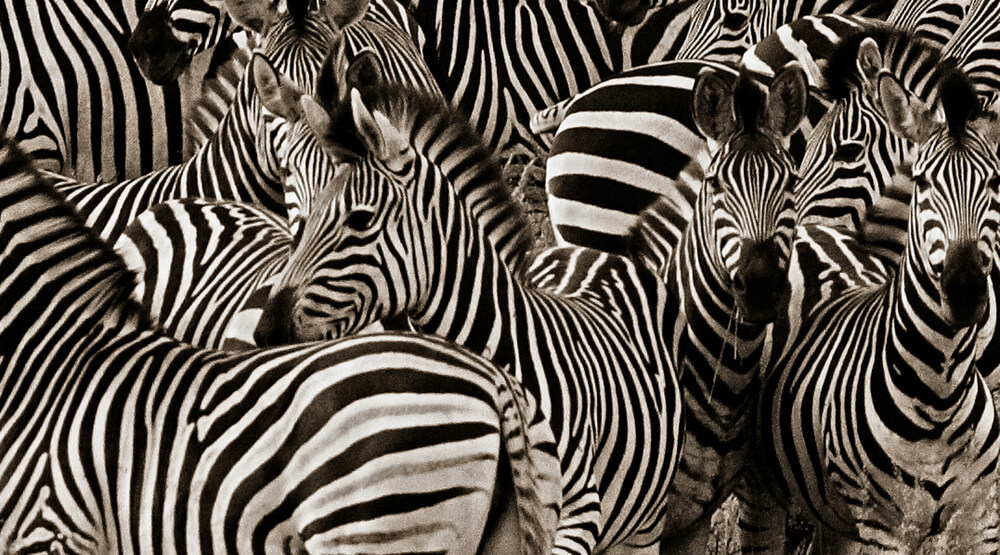 Bonus tip: Show off your knowledge of these wonderfully wacky animal facts on your next game drive and you might just win a front row seat in your game ranger’s vehicle!